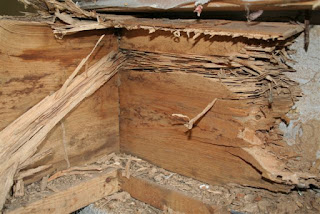 Further Evaluation Immediately: When viewed in a home inspection report should set off red flags in your mind that there is a potential for disastrous findings following a home inspection. You should never take that comment lightly. Allow me to share a recent event which may put this in proper light.

On inspecting a home I discovered a very small area, a tiny little line of termite damage on the top of a wood cap of a short wall between a foyer and a living room. It was almost unnoticeable. Being honest I almost completely missed it. It honestly appeared to simply be a deformity in the wood or it could have been in the wood prior to its installation. On looking closer it appeared to be from termites. No other evidence of termite damage was observed by me or the pest control inspector. The pest control inspector did not find evidence of live termites. Apparently (have not confirmed this) a contractor wrote a letter of some sort stating that there were no structural issues with the home to appease the lender. If I recall correctly (I could have this confused with another home) I refused to write that letter until there was further evaluation.

The home closed and the buyer shortly decided to remove this short wall and install a tile floor in the foyer. On demolition, major termite damage was discovered in the floor system below the foyer. A second pest inspector apparently also discovered live termites.

What then should “Further Evaluation Immediately” indicate for a potential home buyer and their agent? There may be an issue hidden from view or which may be beyond the expertise of the home inspector to explain or clarify. The recommendation is that someone experienced come and look in more detail. This may involve disassemble to get a better view or conduct testing. In this scenario of potential termite damage finished surfaces and insulation may need to be removed to determine the extent of possible damage. Termites come from the ground if evidence is discovered three foot above the first floor of the home how did they get there and what damage may they have done on the way. Had the buyer followed through more aggressively on the recommendation the cost of the repair would have been in the lap of the seller or the buyer could have walked away. Now she is very likely stuck with the repair cost.

Interestingly the pest control company brought in by the buyer, who discovered the live termites, was in this home two years previously and was the one who originally discovered live termites and potential for damage. This indicates that the seller was aware and failed to disclose. To add to that the seller during the process of due diligence filled and painted over the tiny evidence I discovered. Is there evidence that the seller attempted to hid and cover up this issue? It is very likely that may be true. Problem is it could well cost more in legal fees to prove that and win court than the cost of the repair. It’s a catch 22 and the buyer is the looser simply because the drastic importance of a simple phrase “Further Evaluation Immediately” was not taken seriously enough. This phrase indicates that the inspector was alarmed and you should be as well and should not let up until clear determination and repairs are undertaken. The responsibility of inspecting a home and discovering the issues falls on the home inspector. The responsibility of properly addressing issues falls on the buyer. It doesn’t help it I do my job and you fail to do yours.
Posted by Chris D. Hilton at 7:03 AM No comments:

What a client thinks 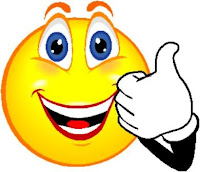 "Chris Hilton put our minds at ease during the beginning of the home inspection. He informed me to stick close and ask any questions I had about what he was looking at. He is extremely thorough, from the most minor thing you or I would never think about, to a hazard that needs attention, he left nothing out. I would not hesitate to hire him again."
Posted by Chris D. Hilton at 8:01 AM No comments:

What a Realtor thinks

Absolutely 100% satisfied and have been using him ever since I found him! I have had many clients impressed with his services as well. He found a dishwasher that had been recalled and was a potential fire hazard in a buyers home and was able to point the in the direction of getting a new one.
Posted by Chris D. Hilton at 11:29 AM No comments: