My grandson and his bugulers 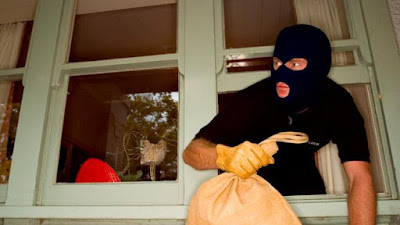 My 8 year old grandson is afraid of "bugulers". No, I didn't spell it wrong, that is how he says burglars. He is afraid to go in other rooms in his own home with people present. I think it is all about attention but that has nothing to do with this post.

Interestingly, the Today Show, this morning, interviewed a "buguler" from prison. I guess that he wasn't a very good "buguler". From watching that interview and relating it to my own experience, inspecting thousands of homes, allow me to provide you some pertinent information on keeping you home safe from "bugulers".

It does not happen at night: Most children (like my grandson) are concerned about "bugulers" at night. Interestingly, most burglaries of homes happen during the day not at night. Why? No one is present in the home or in most of the neighborhood. When I inspect homes most neighborhoods are like ghost towns. The more expensive the homes the less folk are around. I could load a truck and no one would notice. The safest neighborhoods, from this perspective, are the low income neighborhoods where folk are everywhere because they aren't working. Understand that I am a HUD REAC inspector and have inspected thousands of rental assisted housing units. Don't consider this derogatory, it is a simple fact. You will see why I bring this up later. Also, everyone is in everyone else's business looking out their windows or sitting on their porch. There is also less to steal.

They do not break in: We think that "bugulers" access homes by breaking in. This is not the case. They usually simply walk in through unlocked doors or windows. If yours aren't unlocked they simply move to the next home which is. I can attest to that. A huge percentage of homes I inspect have unlocked doors somewhere. An even larger number, in fact close to 100%, have one or many more unlocked windows. I lock every window and door as I operate them and move through the house. When I leave the home is secured.

They are reading the signs of vacancy: No cars present, lights off, papers in the yard, mail in the mailbox, packages on the porch, no noise, closed windows and doors. If they think the home is occupied they move to one which doesn't appear occupied.

Alarm systems and cameras are not deterrents they are invitations: An alarm system or camera says that you have something worth stealing. They do not stop anyone from stealing it. A "buguler" is only in your home for a few minutes. It could be as much as 20 minutes or longer (I speak from personal experience) before police will arrive after the alarm sounds. The "buguler" will be long gone. If a "buguler" wears a mask or evades the few cameras you may have what do they accomplish?

Most dogs don't work: I go in homes often with dogs present. Over two decades of entering homes with dogs present I have only experienced one dog which was a problem and that dog had blatant emotional problems. I simply kept something between me and the dog and preceded with my inspection. All I do is act like I belong and not act like I fear the dog. They will be waging their tails, licking my hand following me around the home. Works every time.

A keyed lock on the inside of glass doors does not work: You can't even imagine how many double keyed dead bolt locks I encounter and write up as a hazard. Can't find the key in a fire and you and your family may not survive. Your home is only as secure as the nearest rock and your windows and many doors are large enough to walk through without a key when broken out.

After shaking up your thoughts of security in your home what does work.

Make your home appear occupied: Leave some lights and the TV on, get the paper, mail and packages up quick.

Lock all windows and doors: Most "bugulers" don't want to break out glass because it's noisy, requires too much effort and they may be injured. Most of the time they will simply move to the next home which is unlocked. Most "bugulers" are all about simplicity and have no interest in anything which is difficult or requires time.

Neighborhood Watch Works: Make friends, especially ones which are home during the day. Ask them to keep an eye on your home and walk out and say something, call the police and you if anything does not appear right. Chances are they will be watching anyway, encourage them to take action. Hence my comment above about low income neighborhoods.

Never allow a Realtor to put a combination key box on your home: Most folk, who deal with these boxes, can get into the box without knowing the code. I do it often. Realtors use codes which are simple for them to recall like down the side, four corners or that relate to them. Their year of birth, their initials. You would be shocked how many of these key boxes are still set to the manufactures setting. It goes on and on and someone familiar and smart can guess it. Demand an electronic key box or find another Realtor who will provide one. These boxes are only accessible by approved folk and it records their entry. They are built like Fort Knox and you better have a very big sledge hammer to get in one. It's going to be noisy and take time.

Being safe in your home isn't difficult or expensive it is all about being careful. 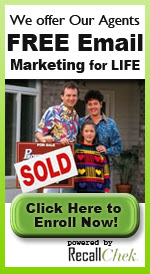