Free with every home inspection

HomeBinder allows you to organize and save all related home information in a convenient online application.  From storing paint colors to getting maintenance reminders, HomeBinder will help get your home ownership off to a great start.  It will ensure you have all the details you need in the future right at your fingertips.  Best of all, we’ll get it setup for you to minimize the effort to begin managing your greatest asset.  Although you’ll probably not think about selling for some time, when you do, your HomeBinder will help with buyers, your accountant and the appraiser.  I will give you lifetime of ownership access (a $120.00 value) to HomeBinder Homeowner Edition as part of your inspection.  You can learn more at www.homebinder.com. 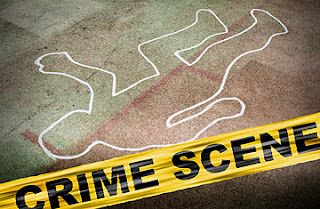 After a thorough investigation, local authorities say a local Winston-Salem home inspector, initially the leading suspect for killing a real estate deal, has been cleared. The home inspector was dubbed “Deal Killer” by people close to the victim. The victim, per the listing agent, was in perfect condition and had been meticulously maintained by a single owner. Negotiations for the home went smoothly, the offer was strong, and the victim was healthy. All of this changed when the home inspector arrived.
Testimony from the buyers agent, a Realtor with No More Inspections Realty, suggested violent and unprovoked attacks against the victim from the moment he arrived to the moment he left.
“He came in and bludgeoned it to death” she said.
Based on multiple eye witness testimonies, investigators could put together the likely time table of events. The home inspector initially assaulted the exterior cladding of the home before storming inside and striking the HVAC and electrical systems, in that order. As of now, it appears the plumbing systems were spared from the aggression. Autopsy reports state that although multiple blows were inflicted, the home inspector finalized with the crawlspace which has been determined as the official cause of death.
Evidence against the home inspector however, was circumstantial. The autopsy in conjunction with forensic evidence, revealed that the victim’s conditions actually existed before the home inspector arrived. The victim was essentially DOA. Defense attorney for the home inspector described it as a “classic case of the person who finds the victim unfortunately becomes suspect number one.” Investigators still aren’t sure why no one was made aware of the victim’s ailments before the inspector arrived, and this is still an ongoing investigation. However, the home inspector has been cleared.
Story curtesy of Juan Jimenez
Posted by Chris D. Hilton at 7:38 AM No comments: